Unlike cars, a motorcycle of any year of production, except perhaps the most ancient and cheapest copies, is admired even now. Just look at the 80s Harley-Davidson from The Terminator and you’ll see what this is about. However, some cars of the 80s also do not become obsolete and still look impressive. The design of motorcycles hasn’t changed much in several decades, but their power is constantly growing. We are opposed to motorcyclists driving faster than the speed limit on normal roads, but this does not change our admiration for steel horses and how fast they can go. Here is a list of the fastest motorcycles of 2021 that will make you want to try them out on the racetrack and squeeze out the fastest speed possible. 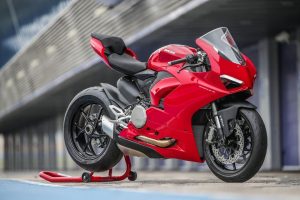 Italian engineers have worked on the engine and electronics, making the Ducati Panigale V2 faster than previous models. The engine displacement of this motorcycle is significantly larger than that of the previous model: 955 cubic centimeters. However, the power is not much higher: 155 horsepower at 9 thousand rpm, which can accelerate to 283 kilometers per hour. To ensure the Ducati Panigale V2 stays on the road with confidence, its suspension has been redesigned. In addition, he received a new seat and improved electronics. 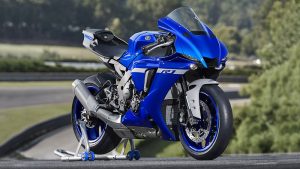 The Yamaha YZF R1 is a legendary sports bike that has won many competitions. The new model is powered by the Crossplane Crankshaft engine based on the MotoGP World Championship. Thanks to the redesigned engine, the new Yamaha YZF R1 is the best sports bike in the company. Its engine with a volume of 998 cubic centimeters produces 13,500 rpm, allowing it to accelerate to 300 kilometers per hour. 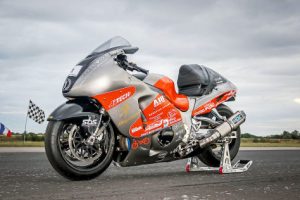 Another legendary sportbike, produced since 1999. For a long time, Suzuki Hayabusa held the title of the fastest production motorcycle in the world, but in 2018 it lost ground. However, the Japanese were not upset and continued to work on improvements. In 2021, they released a new model, the Suzuki Hayabusa, which is more powerful and more agile. The motorcycle is equipped with the latest electronic system that optimizes engine performance, handling, and predictability on the road. Its engine has 188 horsepower at 9,700 rpm, which allows it to accelerate to 300 kilometers per hour. 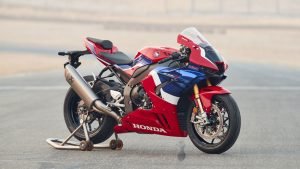 This bike was designed specifically for racing tracks but is also suitable for public roads. True, it will be frankly cramped on them, because it is equipped with an engine with a capacity of 218 horsepower at 14,500 rpm and is capable of accelerating to 300 kilometers per hour. For reliability and good handling, this bike is preferred by many motorcycle racers, including world champions, others. 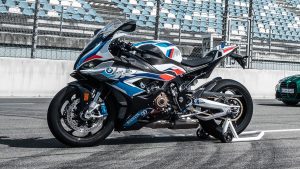 The German brand keeps the Italians and Japanese from dominating the sportbike market and has launched the first motorcycle from BMW Motorrad in the M series, the BMW M 1000 RR. This state-of-the-art, high-performance motorcycle is based on the WorldSBK superbike. It has a 999 cc engine with 14,500 rpm and accelerates to 306 kilometers per hour. 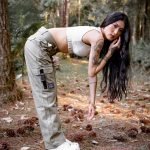 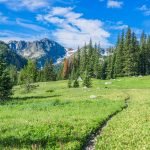