Singer and Grammy winner Dua Lipa will star in a movie for the first time. Her debut work will be the big-budget action movie Argyle by Matthew Vaughn, who has worked on the X-Men and Kingsman franchises. Writes about this Deadline.
Filming will begin in August and will take place in Europe. Dua Lipa will be joined by Henry Cavill, Samuel L. Jackson, Catherine O’Hara, John Cena, Sam Rockwell, Bryce Dallas Howard, and Brian Cranston. In addition to making her debut in a new business for herself, she will also perform the title soundtrack.

The project will be based on the novel of the same name by Ellie Conway, which will be released in 2022. The book will tell about the greatest spy in the world, who goes on a journey around the world. The locations are London, USA, and a few other unannounced places.

When I read an early draft of the manuscript, I felt it was the most incredible and original spy franchise since Ian Fleming’s 1950s books. This will change the spy genre.

Argyle will be the first part of the franchise – no less than three are expected. Its premiere is scheduled for 2022, as is the release of Conway’s novel. 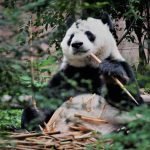 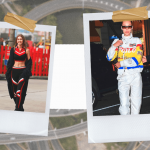