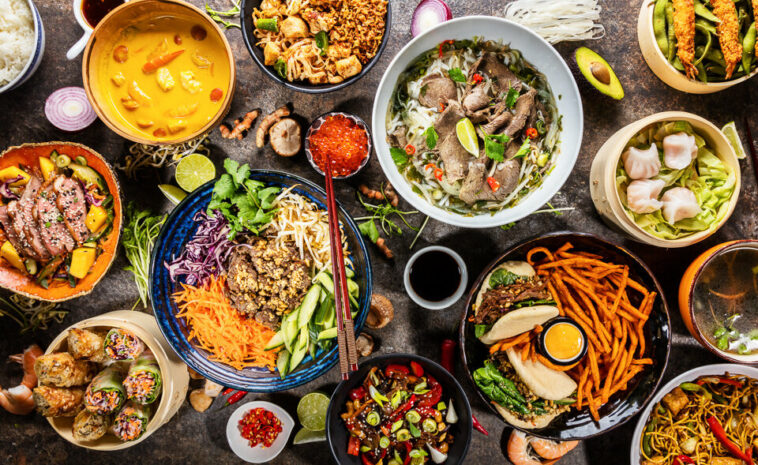 In addition to pizza, there are many dishes that each of us has tasted at least once that are named after famous people. We want to give you a gastronomic history course and tell you about some of our favorite dishes.

One day in 1889, King Umberto I and his wife Margarita were walking through the streets of Florence and, hungry, they decided to try the food of the poor. They treated the royalty to a flatbread with tomatoes, mozzarella and basil. Margarita liked this unremarkable dish so much that when she returned home she ordered it to be added to the menu and served to her regularly. 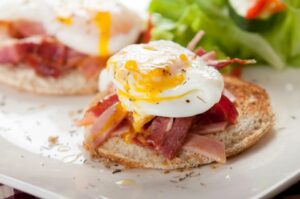 In reality, it’s not just an egg, but a sandwich. It is made with the freshest eggs possible-the yolk must remain in a creamy state.

The cooked egg is placed on toast and garnished with hollandaise sauce. Broker Lemuel Benedict once ordered toast with hard-boiled eggs, bacon and hollandaise sauce at a restaurant. The restaurant’s maitre d’, Oscar Tshirke, was so delighted with the resulting dish that he immediately put it on the restaurant menu. Today this dish is considered a full breakfast, which is supplemented with salmon, chicken and herbs. 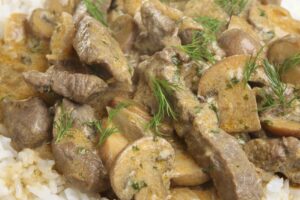 This dish appeared in our homeland in the XIX century. The famous Moscow cook Stroganov used to divide the legs of beef into 2 centimeters thick parts and, beating them with a hammer, made them 5-7 millimeters thick. Then he cut the prepared thin slices in slices across, dipped them in salt and spices and fried in butter. After frying, he stewed them with cream. 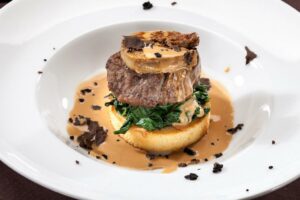 It is believed that the great composer himself invented this salad. Its full name is “Tour de Rossini”. For the salad used beef meat, which is salted and fried in hot oil until crispy brown. Bread is fried, meat is placed on it, and liver pate is smeared on it. Rossini used to cook this dish on tour and treat his friends to it. This dish is still popular in Italian cuisine. 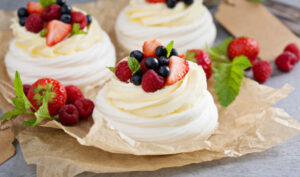 This delicate dessert was named after Russian ballet legend Anna Pavlova, and was invented in 1935 by Albert Sachs. The chef saw the ballerina perform during her tour of Australia and New Zealand. Inspired by the star’s beauty and grace, he came up with a pastry masterpiece that is still very popular today. 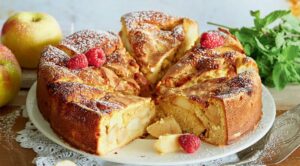 This popular pie was invented at the court of British King George III and his wife Charlotte. The classic Charlotte is an open pie with apples, vanilla and cinnamon.

Legend has it that the king was very fond of sweets, but he was tormented by envy that all the sweets had been invented by the French, Italians, and even the Germans. He wanted some simple but delicious dish that would be known everywhere. He asked his cook to come up with such a dish. And he was able to please the monarch, who named the pie after his wife.

In 1986, the 40th President of the United States, Ronald Reagan, declared publicly that he was tired of French soups. At that time a violent campaign was launched to invent and popularize “typically American” soup. The result was a soup of beef, tomatoes, green peppers, and grits. 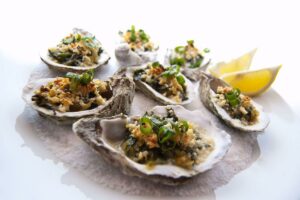 The recipe for this dish is still unknown to anyone! In 1889, Jules Alcitore, son of the first owner of Antoine’s, invented it and named his creation after the wealthiest American at the time. These oysters are still served only in this restaurant. 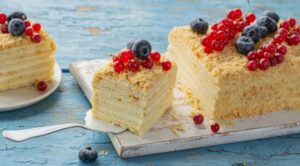 Today, there are a huge number of variations of making this delicious dessert of puff pastry and cream. In France and Italy, this cake is called “A Thousand Layers”, in the UK – “Cream Slice”, in Belgium and the Netherlands – “Tompus”, in Hungary – “French Royal”.

Here it began to be called “Napoleon” in 1912, during the celebration of the 100th anniversary of Napoleon Bonaparte’s expulsion from Russia. The new cake was made in the form of Napoleon’s famous triangle hat. 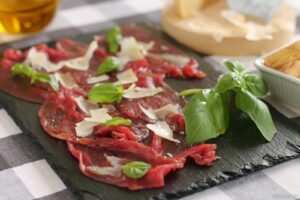 The famous Italian Renaissance artist Vittore Carpaccio became famous for the abundance of red hues in his paintings. Much later, it was this feature of Carpaccio’s creative style that gave the name to the cold appetizer of thinly sliced raw beef. It is believed to have been invented in Italy for a certain aristocrat who was suffering from anemia. 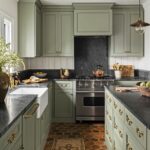 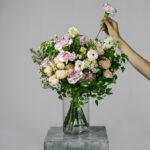