It would seem that one could forget about them, so many years have passed. Nevertheless, cargo pants are firmly entrenched on the shelves of our stores in the fashion department. Nowadays, they are worn not only by men, but also by lovers of experiments. When did pants appear and what to wear with them?

When did cargo pants appear?

In 1938, the ranks of the British army were replenished with new trousers. Their main feature was the presence of a large number of pockets in which it was supposed to put essentials, such as a map. The innovation turned out to be so convenient and in demand that after a couple of years, cargo appeared in the American military.

After that, cargo pants became firmly established in the everyday life of workers, fishermen and freedom-loving skaters, causing strong associations with uniform and masculinity. This season, stylists propose not only to include this trend in their wardrobe, but also to combine it with light and delicate textures.

In fact, just like with anything. This season, cargo pants are not limited to military-style looks, but are becoming a versatile addition to your wardrobe.

Continuing the sporty style, you can combine it with a hoodie, bomber jacket and jeans. Crop tops are very popular nowadays, which are also very advantageously combined with textured cargo. If you have a toned body, then this is definitely for you! Experts suggest choosing a loose shirt for the crop top. 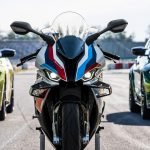