Researchers conducting excavations near the city of Kunming (China) have discovered a “cemetery” of the Cambrian era. It contains more than 2,800 fossil specimens of at least 118 species, including the ancestors of modern jellyfish, insects, crustaceans, worms, trilobites and sponges, reports Nature Ecology.

Scientists have concluded that 500 million years ago, an avalanche of sediment rushed down the sea slope and covered a huge number of sea creatures. Their remains have survived to this day in good condition.

So, it was possible to determine that 17 species are completely new to science. More than half of the creatures (51%) have not matured. Many of them have not yet emerged from the larval stage. This is a very rare find: juveniles with soft tissues are poorly preserved in the fossil record.

The age of the “cemetery” was estimated at 518 million years. During the Cambrian era, all life on Earth was concentrated in the oceans. Then there were both “explosions” of life (the mass formation of new species, which laid the foundation for today’s ecosystems), and global extinctions.

Scientists suggested that they found something like a kindergarten: a calm and, at first glance, safe place where sea creatures bred. Apart from the larvae, they also found many eggs.

“The area may have been safe from predators or offered abundant nutrition for the growing babies,” the study said.

The fossilized creatures retained such “details” as compound eyes. Scientists plan to create 3D copies of these creatures to better explore the living world of the Cambrian era. 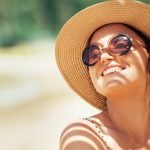 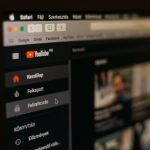