Now more and more people go to a psychologist. In 2020, specialists were contacted 89% more often than in 2019. But there are still many stereotypes about psychotherapy. Some people think that it is embarrassing to deal with their mental health and not at all a man’s business. 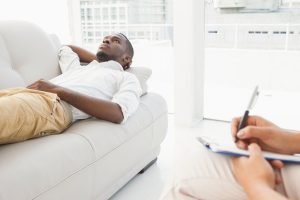 Why go to a psychologist?

Every person from childhood gains experience of interacting with the world in the process of development, attachment and emotional intelligence are formed in him. Until about six years of age, he forms a stable character. Depending on how his intrauterine development and early infancy took place, how his parents contacted him, several important points are formed:

the structure of character (it depends on how a person interacts with the outside world, perceives it and himself in it, how he reacts to stimuli and manifests feelings);
type of attachment (how a person builds close contacts).

Then there are several phases responsible for the expression of emotions. For example, at some point, an adult may find that he is building approximately the same relationship with everyone: it seems to him that no one loves or respects him, or all people focus only on the fact that he is bad. A person begins to live in his own universe, in which there are certain features and rules.

So, there is a formed feeling of one’s own “I” and not formed. In the second case, the whole life is built on certain convictions, and often such people do not know why and how to live, and do not understand their feelings.

Visits to a psychologist help develop emotional intelligence: a person begins to realize what he wants and what he feels, what needs he has, and build new relationships with the world. With the help of therapy, people get out of relationships that develop along the psychodramatic triangle and can begin to live a new life.

What problems do men most often face?

What problems do men most often face?
This is not to say that men and women are fundamentally different in their needs. The former are less likely to come with complaints about their parents: they are much less likely to blame them. At the same time, men are more likely to ask questions about career and development, as well as about interaction with their partners. In general, the problems can be different.

Often men turn to addiction issues. In order not to express your feelings, you need to seize them, drink them down, play computer games, go headlong into drug addiction. People try to cope as best they can. Because of this, distancing often occurs. Often men change partners, but they don’t feel real closeness with anyone.

It also happens that men initially hate women, most often this is due to the very first relationship with a woman, that is, with a mother. The man initially says that he does not need any women, he will live alone. In this case, he either remains to live with his mother forever, or cannot arrange his personal life. In the end, everything leads to the fact that a person does not know what he wants.

Difficulties in matters of career, money are also associated with relationships with the first and most important people – parents, and then with how society confirmed their beliefs.

Why do many men do not want to go to a psychologist?

If a man is emotionally connected with himself, realizes his feelings, needs and desires, then he can turn to a psychologist himself. That is, if he admits that feelings and emotions make sense, he notices that something is going wrong.

Some come because the wife or girlfriend “forced”. However, there are some difficulties.

The opinion has taken root in society that a woman expresses emotions through tears, and a man through anger. There is a conditional prohibition on anger in the former and in tears in the latter. Stereotypical masculinity is associated precisely with a lack of feelings and emotions. Allegedly, a “real man” should keep everything in himself, he should have everything under control. And if he has problems, he quickly copes with them. 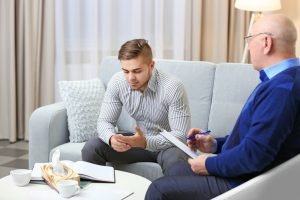 How to overcome fear of a psychologist?

First, it is important to realize that a psychologist is a person. He is absolutely open to interaction. Often people are afraid to open up to specialists, worry that he will necessarily compromise, ask an uncomfortable question, which cannot be avoided. This is about security and trust.

Secondly, you need to understand that all problems cannot be solved in one session. Often people come to a psychologist with the idea that it is possible to “fix” everything at once. However, changes occur in the process, work with a psychologist is long, it takes time, observation, trust and contact. It is necessary to form a client-therapist relationship. Therefore, it is very important to realize that there is a long work ahead. There are points that can be improved upon request using different techniques, but long-term, global changes will take time. 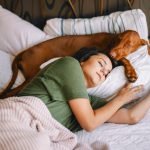 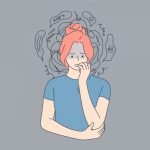