According to a study published in the Journal of Atmospheric and Solar-Terrestrial Physics, one of the consequences of climate change and greenhouse gas emissions is the shrinkage of the mesosphere (“pre-space”, the layer of the atmosphere at a distance of 40-50 to 80-90 km above the Earth’s surface).
According to data collected by NASA satellites, the Earth’s top layer is cooled by 4-5 degrees Fahrenheit and is shrinking at a speed of 150-200 meters every decade.
Lead author Scott Bailey noted that it took decades of data to build the relationship between climate change and the cooling of the mesosphere.

Also, scientists have recorded an unusual activity of mesospheric noctilucent clouds: due to climate change, they become brighter, move away from the poles and appear earlier:

What does it mean

The cooling and contraction of the mesosphere does not directly affect the life of people, however, this is a very important layer of the atmosphere – the lowest air temperatures prevail in it. In addition, at the upper boundary of the mesosphere, at a distance of about 80 km from the Earth’s surface, there is a transition from the neutral atmosphere to the ionosphere. Despite the fact that in the course of previous observations a cooling of the mesosphere was recorded, it was possible to prove its narrowing only now. This study confirmed the accuracy of theoretical models that previously predicted a decrease in the thickness of the mesosphere due to carbon dioxide emissions.

Once again, evidence has been found of the devastating consequences of human activities on the environment – this time, these consequences extend almost to outer space. 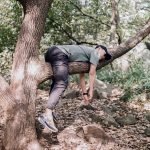 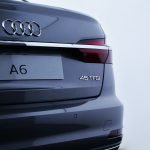