SpaceX books a mission to the moon funded entirely by Dogecoin just days after SpaceX founder Elon Musk joked on Saturday Night Live about his role in spreading memes about the cryptocurrency.

Geometric Energy Corp. has planned a rideshare mission to the moon aboard a SpaceX Falcon 9 rocket, which usually costs about $62 million to book, or about 129 million Dogecoin (at the cryptocurrency’s $0.48 value as of 2:30 p.m. on Monday (May 10)). How much money or crypto will actually change hands, however, has not yet been revealed, nor has information about what other missions will fly on the rocket.

Musk tweeted about the deal on Sunday, saying this is the first time that cryptocurrency will be used in space, and that it will also be the first meme used in space. “To the mooooonnn!!” he added. (We couldn’t immediately verify his claims about being the first (with either crypto or memes), but it is important to note that the cryptocurrency Blockstream has a satellite network that broadcasts the Bitcoin blockchain as a backup for ground network interruptions.) 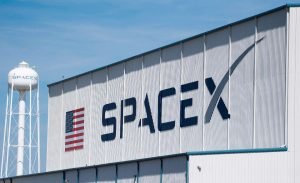 The mission, which is set to launch in the first quarter of 2022, follows an announcement Musk made April 1 promising to put Dogecoin “on the literal moon.” Now, since he tweeted about this on April Fool’s Day, not everyone took it seriously at first.

But the mission continues to solidify, and currently it is designed to be orbital. With the mission, SpaceX aims to send an 88-pound (40-kilogram) CubeSat (appropriately named Doge-1) on a mission to gain “lunar-spatial intelligence … with integrated communications and computational systems,” according to a Geometric press release. The payload will also include sensors and cameras, the details of which are not yet public.

Geometric CEO Samuel Reid further stated in the release that the deal “solidified DOGE as a unit of account for lunar business in the space sector.” The company also pledged to transact all future missions in Dogecoin, touting benefits such as its security and the fact that trades can happen even outside of business hours.

SpaceX launching satellite Doge-1 to the moon next year

That said, publications such as Barron’s see some potential risks, and point to mitigating valuation factors in cryptocurrencies and their volatility. There have also been some industry reports musing about the stability of cryptocurrency infrastructure, and its role in funding illegal activities.

Cryptocurrencies like Dogecoin, according to Investopedia, are digital or virtual currencies secured using cryptography. Many of these currencies are based on blockchain technology that distributes a ledger or record of the currency across a computer network, independent of government regulation. At least two forms of cryptocurrency, Dogecoin and Etherum, have hit all-time highs in recent weeks, according to media reports.

Dogecoin was launched in 2013 as a joke by two software engineers, Billy Markus (from IBM) and Jackson Palmer (from Adobe), according to Business Insider. They put together two big discussion topics of the day — Bitcoin and a widely memed Shiba Inu dog meme nicknamed “doge” — to create Dogecoin. When released, Dogecoin became popular quickly, in part, because it is easier to use than Bitcoin, Business Insider added. 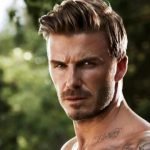 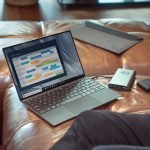