Recently it became known that the brainchild of Kim Kardashian, the Skims brand, has signed a contract with the US Olympic and Paralympic Committee. Within the framework of this cooperation, the brand presented a capsule collection, which will include underwear, pajama sets and clothing for sportswomen’s rest. But anyone can buy things, since July 12, the start of sales is scheduled on the brand’s website.

The model announced on her social networks that Skims will become the official supplier of underwear for the US national team. In the post, Kardashian published photos of athletes in the same underwear: Paralympic athlete Scout Bassett, world athletics champion Dalaila Muhammad, football player Alex Morgan and swimmers Hayley Anderson. It is important to note that athletes participated in the creation of the line.

In the caption to the photographs, Kim explained why this collaboration is so important to her: “Since I was 10, I have heard all the details about the Olympics from my stepfather. Watching athletes compete, I began to understand what an honor it is to be a part of the Olympic Games. I traveled with my stepfather and family to different cities to the Olympic selections, the Olympic Games and athletics competitions and bought an Olympic jersey everywhere as a souvenir.

When I got a call and invited the Skims to become a part of the US national team, every moment I spent admiring the strength and energy of the Olympians from the outside became a circle. I am honored to announce that Skims is developing official underwear, pajamas and leisurewear for Tokyo 2020 athletes. ”

For the first time, anything other than official outfit and ceremonial costumes is being produced for the US national team. The latter, already traditionally, for the national team is being prepared by Ralph Lauren. Lingerie and clothing for sportsmen’s leisure is made in a minimalist style: from the prints on it only the inscription Team USA, a small American flag and Olympic rings. All models are made of natural fabrics in pastel shades (white, beige, gray and azure). Kim, together with the design team, thought through everything to the smallest detail so that athletes could comfortably move around in Skims clothes. So, instead of bodices with underwire, the brand decided to produce tops with a wide elastic band so that they fit snugly to the body.

Unsurprisingly, the US Olympic team chose Skims. In its collections, the brand embodies everything that is especially important for an athlete: comfort, minimalism and quality. The trend for minimalism entered the fashion agenda several years ago, but it is still gaining momentum. So, in my practice it is clear that more and more people began to turn to him. The absence of unnecessary details, laconic forms, pastel shades are attractive to consumers. 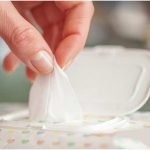 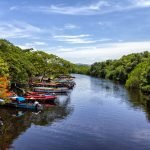